Taylor Kinney is an American actor and model. He is best known for his portrayals of Lieutenant Kelly Severide in the hit NBC series, Chicago Fire and as Glenn Morrison on NBC’s Trauma. He is also known for roles such as Mason Lockwood in The Vampire Diaries, Luke Gianni in Fashion House, Phil in The Other Woman, and Jared in Zero Dark Thirty. 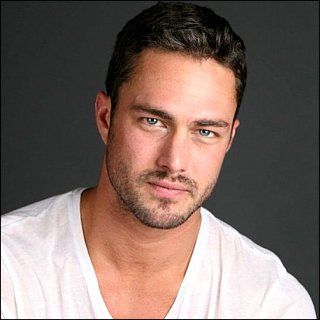 Born Taylor Jacks Kinney on July 15, 1981 in Lancaster, Pennsylvania, to parents Pamela and Daniel Kinney, he is of German, Swiss-German, and English ancestry. Kinney graduated from Lancaster Mennonite School in 2000, and studied Business Management at West Virginia University in Morgantown, West Virginia. He was engaged to singer-songwriter Lady Gaga from February 2015 to July 2016.

Taylor Kinney Facts:
*He was born on July 15, 1981 in Lancaster, Pennsylvania, USA.
*His full name is Taylor Jacks Kinney.
*He obtained a degree in business management at West Virginia University in Morgantown, West Virginia.
*In 2012, Kinney began starring as Chicago Fire Department in the NBC drama Chicago Fire.
*Visit his official website: www.taylorkinney.com
*Follow him on Twitter and Instagram.