Teresa Giudice is an American television personality, author, and entrepreneur. She is best known for her appearances on the reality television series The Real Housewives of New Jersey. Aside from her television career, she has written multiple New York Times bestseller cookbooks. In 2012, Teresa was featured on Donald Trump’s The Celebrity Apprentice 5. Born Teresa Gorga on May 18, 1972 in Paterson, New Jersey, to Antonia and Giacinto Gorga, her parents were both of Italian descent. She studied fashion marketing and management at Berkeley College in New Jersey. She married businessperson Giuseppe “Joe” Giudice in 1999 and they have four children: Gia, Milania, Gabriella, and Audriana. 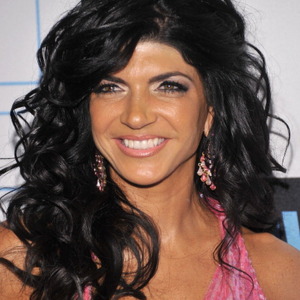