The Weeknd is a Canadian singer and songwriter. He is best known for his hit singles “Starboy,” “I Feel It Coming,” “The Hills” and “Can’t Feel My Face,” and his debut album, Trilogy. His accolades include three Grammy Awards, eight Billboard Music Awards, two American Music Awards, nine Juno Awards, and has been nominated for one Academy Award. Born Abel Makkonen Tesfaye on February 16, 1990 in Toronto, Canada, he is the only child of Ethiopian immigrants Makkonen and Samra Tesfaye. He attended West Hill Collegiate Institute and Birchmount Park Collegiate Institute in Scarborough, Toronto. He rose to fame after the release of his critically acclaimed mixtape House of Balloons, which was nominated for The Canadian Polaris Prize. He dated Selena Gomez for 10 months and split in late 2017. He also dated Alice Ustinova, Bella Hadid, and Yovanna Ventura. 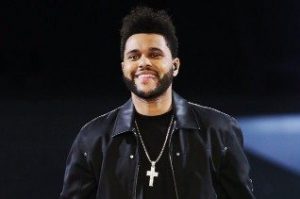 The Weeknd Facts:
*He was born on February 16, 1990 in Toronto, Canada.
*His parents were Ethiopian immigrants to Canada in the late 1980s.
*His real name is Abel Makkonen Tesfaye.
*He is fluent in Amharic.
*He became the first artist to hold the Top 3 positions on the Billboard Hot R&B chart.
*He released the studio albums Kiss Land, Beauty Behind the Madness and Starboy, as well the EP My Dear Melancholy, in 2018.
*He had eight top ten entries in the Billboard Hot 100 list.
*He appeared on Wiz Khalifa’s “Remember You” in 2012.
*He is inspired by Japanese culture.
*Visit his official website: www.theweeknd.com
*Follow him on Twitter, Youtube, Google+, Facebook and Instagram.