Belgian football player Thibaut Courtois Biography, Family, Height, Weight, Age, Measurements will be discussed here. Thibaut Courtois’s personal details can be checked here. He is widely regarded as one of the best goalkeepers in world football. 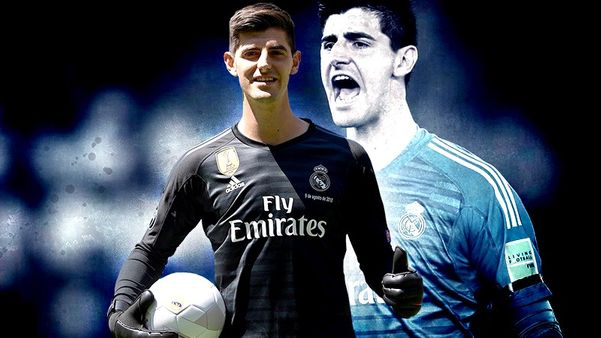 Thibaut Courtois is a Belgian professional footballer. He plays as a goalkeeper for Spanish club Real Madrid and the Belgium national team. Courtois previously played for Genk and Chelsea FC and was on loan to Atletico Madrid from 2011 until 2014. He joined Real Madrid in 2018. He was named the most valuable player in the 2013 Copa del Rey Final.

Born on May 11, 1992 in Bree, Flanders, Belgium, to a Walloon father and a Flemish mother, his sister Valerie Courtois is a professional volleyball player. Courtois began his career as a left back with local side Bilzen V.V.. Soon after, in 1999, he joined Racing Genk at the age of 7, and it was there that he was converted into a goalkeeper.

He has a son named Nicolas and a daughter named Adriana with now ex Marta Dominguez.

Thibaut Courtois Facts:
*He was born on May 11, 1992 in Bree, Flanders, Belgium.
*He began his youth career as a left back for Bilzen V.V. After joining the youth division of K.R.C. Genk, he became a goalkeeper.
*He made his senior international debut in October 2011, becoming the youngest goalkeeper to represent Belgium.
*He won two Ricardo Zamora Trophies while on loan at Atlético Madrid.
*Visit his official website: www.thibautcourtois.com
*Follow him on Twitter, Facebook and Instagram.