Tionne Watkins, widely known by her stage name T-Boz, is an American singer and songwriter best known as one of the members of the legendary hip-hop group TLC. With TLC, she has won four Grammy Awards. Watkins was born to James and Gayle Watkins on April 26, 1970 in Des Moines, Iowa as Tionne Tenese Watkins. She belongs to African American and Native American descent. She married Mack 10 in 2000, and the couple had a daughter named Chase Anela in 2000 before getting divorced in 2004. She adopted a 10-month-old son named Chance in June 2016. 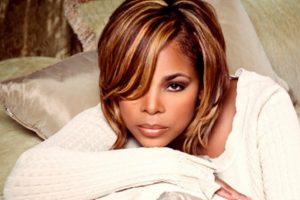 Tionne Watkins Facts:
*Her ancestry includes African American, Native American and Irish.
*She moved to Atlanta with her family when she was 9 years old.
*One of People magazine’s 50 Most Beautiful People in the World (2000).
*Currently, she hosts iCraft Radio on Dash Radio.
*Follow her on Twitter, Facebook and Instagram.

“TLC always looked up to male bands. We saw guy groups could just go out and get the fans screaming by just standing there – fully clothed and with nothing but their music… We saw them as the competition more than the girl groups, with whom we wanted to stay unified.” – Tionne Watkins