Tong Liya is a Chinese actress of film and television. She is best known for her role as Tong Suyan in the Hunan Television science fiction series Palace. Liya’s other notable works include The Queens, Weaning, Tang Gong Meiren Tianxia, Ordinary World, Loving, Never Forgetting, and Nirvana in Fire 2. Born on August 8, 1984 in Ili Kazakh, Xinjiang, China, to parents Mao Haiying and Tong Jisheng, her mother was of Han ethnicity from Gansu while her father was of Xibe ethnicity from Xinjiang. She majored in dance at the Xinjiang Arts Institute. She made her acting debut in the 2008 Hong Kong television series “C’est la Vie, Mon Chéri”. She has been married to actor Chen Sicheng since January 16, 2014. They have a son together. 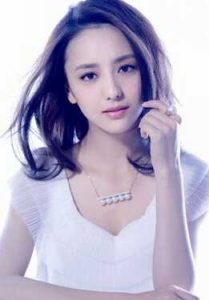 Tong Liya Facts:
*She was born on August 8, 1984 in Ili Kazakh, Xinjiang, China.
*She made her acting debut in 2008 with the Hong Kong television series C’est La Vie, Mon Chéri.
*In 2011, she was named Ambassador of Xibe.
*She speaks Mandarin, Xibe, and Uighur fluently.
*She met her future husband, actor Chen Sicheng, on the set of the film Beijing Love Story.