Trace Adkins is an American country singer, songwriter, and actor. He is best known for the hits “Ladies Love Country Boys”, You’re Gonna Miss This and “(This Ain’t) No Thinkin’ Thing”. He made his debut in 1995 with the album Dreamin’ Out Loud, released on Capitol Records Nashville. His first single, “There’s a Girl in Texas” made it into the Top 20 in 1996. He made his acting debut alongside fellow country singer Travis Tritt in 2004. He portrayed Elvin on the animated TV show King of the Hill. Born as Tracy Darrell Adkins on January 13, 1962 in Springhill, Louisiana, to Aaron Adkins and Peggy Carraway, he learned how to play guitar at an early age, taught by his father. He attended Louisiana Tech University. He has been married three times. He has two daughters, Tarah and Sarah from his first wife Barbara Lewis and three daughters, Mackenzie, Brianna, and Trinity from his third wife Rhonda Adkins. 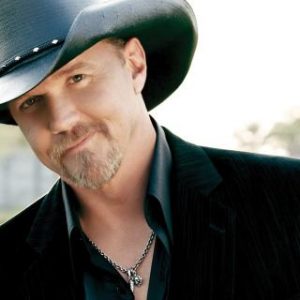 Trace Adkins Facts:
*His father was a mill worker.
*He was part of a gospel singing group while in high school.
*He was a finalist on The Celebrity Apprentice.
*He’s a big fan of ’80s rock and roll.
*He is a supporter of the American Red Cross.
*He is afraid of snakes.
*Visit his official website: www.traceadkins.com
*Follow him on Twitter, Facebook and YouTube.