Trisha Yearwood is an American country music singer, best known for the hits “I’m Still Alive,” “She’s in Love with a Boy” and “Thinkin’ About You.” Trisha first came to prominence in 1991 with her debut single “She’s in Love with the Boy”, which became her first #1 single and was featured on her self-titled debut album. Her accolades include three Grammy Awards, three Country Music Association Awards, two Academy of Country Music Awards, an American Music Award, and a Pollstar Industry Award for touring. She is also a famous chef and author of three successful cookbooks, which earned her the status of two-time New York Times best-selling author. Born Patricia Lynn Yearwood on September 19, 1964 in Monticello, Georgia, USA, to Gwen and Jack Yearwood, she grew up in a small farming community. She has one older sister, Beth Bernard. She earned a bachelor’s degree in Music Business from Nashville’s Belmont College in 1987. Her musical talent was showing since early age and Yearwood grew out to be one of the biggest legends of country music. She has been married to Garth Brooks since December 10, 2005. She was previously married to Robert Reynolds and Christopher Latham. 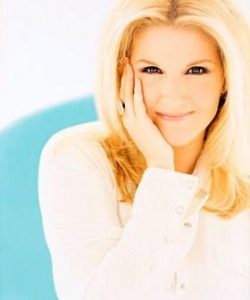 Trisha Yearwood Facts:
*She was born into the family of a banker and a schoolteacher.
*She is a member of the Grand Ole Opry.
*Her self-titled debut album was released in 1991, peaking at number two on the Billboard Top Country Albums chart and number thirty one on the Billboard 200.
*She is the first debut female country album to sell one million copies.
*She used to work at MTM Records.
*She collects cookbooks, and loves to go antiquing and bake birthday cakes for family and friends.
*Visit her official website: www.trishayearwood.com
*Follow her on Twitter, Pinterest, YouTube, Facebook and Instagram.