Val Chmerkovskiy is a Ukrainian-American professional dancer. He is best known for being one of the professional dancers on ABC’s Dancing with the Stars, on which he won twice. He is also a two-time World Latin Dance Champion and a 14-time U.S. National Latin Dance champion. Born Valentin Aleksandrovich Chmerkovskiy on March 24, 1986 in Odessa, Ukraine, he is the son of Aleksandr and Lariss Chmerkovskiy. His older brother, Maksim Chmerkovskiy, is also a professional dancer. Val started dancing at the age of seven, and won his first IDSF World Championship at 15. He first appeared on Dancing with the Stars in February 2006 in season 2. On 14 June 2018, Val became engaged to fellow dancer Jenna Johnson. 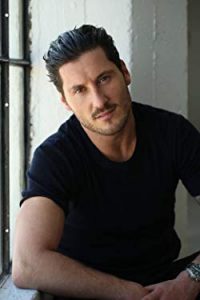