Valentino Lanus is a Mexican actor and model. He is best known for his starring role in the telenovela “Llena de amor.” He played Imanol Jáuregui Tasso in Primer amor, a mil por hora. He is also a producer of several TV shows and movies. Born in Mexico City, Mexico, on May 3, 1975, to Margarita and Luis Alberto, he has three sisters. He began his career as a model. In early 2000, he was in a relationship with Mexican model and actress Jacqueline Bracamontes. 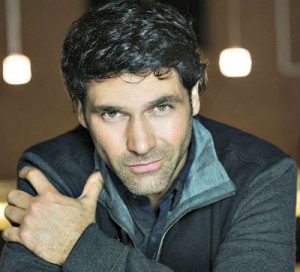 Valentino Lanus Facts:
*He started his career as a model.
*He loves red wine and one of his hobbies is photography.
*Milla Jovovich and Al Pacino are his favorite actors.
*He is good friends with Anahi.
*He dated American actress Amber Heard from 2006 to 2007.
*Follow him on Twitter, Facebook and Instagram.