Vanessa Marano is an American actress and singer. She is best known for her portrayal of Bay Kennish on the ABC Family television series Switched at Birth, and for her role as Eden Baldwin on the CBS daytime soap opera The Young and the Restless. She is also known for television roles in Without a Trace, Gilmore Girls, Ghost Whisperer, Scoundrels, and Grey’s Anatomy. Marano appeared as Layne Abeley in the film The Clique and starred as the titular character in Saving Zoë. She has appeared as a guest-star in several television series such as Parenthood, Medium, Ghost Whisperer, Past Life, Six Feet Under, Malcolm in the Middle and Grounded for Life. 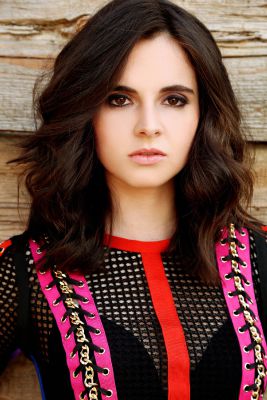 Born Vanessa Nicole Marano on October 31, 1992 in Los Angeles, California, to parents Ellen and Damiano Marano, she is of Italian descent on her father’s side, and of English and Irish descent on her mother’s side. Her younger sister, Laura Marano, is also an actress. Marano began acting when she was two years old and took theater roles as a child.

Vanessa Marano Facts:
*She was born on October 31, 1992 in Los Angeles, California, USA.
*She began acting professionally at the age of seven.
*From 2011 to 2017, she starred as Bay Kennish on the ABC Family television series Switched at Birth.
*One of the youngest members of Academy of Television Arts and Sciences.
*She is friends with actress Steffani Brass.
*She speaks Italian.
*She is best friends with Meaghan Martin.
*Follow her on Twitter, Facebook and Instagram.