Victoria Song is a Chinese singer and actress, who first came to fame as a member of the popular K-pop girl group, f(x). She is known for her performances in such television series as A Life Time Love, When Love Walked In, Ice Fantasy, Beautiful Secret, and the films My Best Friend’s Wedding and My New Sassy Girl. Born as Song Qian in Qingdao, Shandong, China, on February 2, 1987, she joined the Beijing Dance Academy at age 10, where she studied traditional dance and also majored in Chinese ethnic dance. 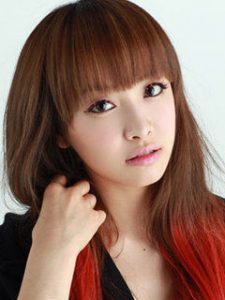 Victoria Song Facts:
*She is a only child with no siblings.
*She cites Faye Wong and Zhang Ziyi as her idols.
*She specializes in traditional and Jazz dance.
*She loves coffee.
*She was ranked #80 on The 2013 Independent Critics List of the 100 Most Beautiful Faces.
*She was ranked #1 on Sohu’s 2011 Entertainment World’s 50 Most Beautiful People.
*Follow her on Instagram.