Moldovan fashion model who rose to international fame after appearing on Justin Bieber’s music video “What Do You Mean”. She has been featured on the cover of fashion magazines such as Elle, FMD Magazine and Sport Illustrated of South Africa. She has also modeled for Victoria’s Secret, and appeared in a photo shoot for Playboy. Xenia was born in Basarabeasca, Moldova on October 27, 1989. She is of Turkish descent on her father’s side, and of Moldovan descent on her mother’s side. In June 2016, she married a 62-year-old Egyptian businessman Ossama Fathi Rabah Al-Sharif. 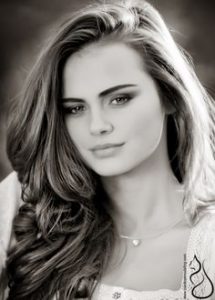 Xenia Deli Education:
She enrolled at Moldovan State University to study literature.
She graduated with a degree in foreign literature.
She attended modeling school in Soviet state of Modolva, south of the Ukraine.

Xenia Deli Facts:
*She began modeling at the age of 20.
*She won the 2011 Beach Bunny Model Search.
*Currently, she resides in Los Angeles.
*Follow her on Instagram.