XXXTentacion was an American rapper, singer and songwriter, best known for the hit singles “Revenge”, “Sad!”, “Jocelyn Flores”, “Changes” and “Moonlight”. XXXTentacion released his debut album, 17, in 2017, which debuted at number 2 on the US Billboard 200, followed by his second album, ? in March 2018, which debuted at number one on the Billboard 200. Born Jahseh Dwayne Ricardo Onfroy on January 23, 1998 in Plantation, Florida, to parents Cleopatra Bernard and Dwayne Ricardo Onfroy, he was the middle child of three, with an older sister named Arianna Drew and younger brother named Aiden. XXXTentacion attended Piper High School in Sunrise, Florida but dropped out in the tenth grade. He began writing music after being released from a juvenile detention center and released his first song on SoundCloud in June 2013, titled “News/Flock”. He was shot and killed in an apparent robbery just outside RIVA Motorsports on June 18, 2018 (at the age of 20) in Deerfield Beach, Florida, USA. 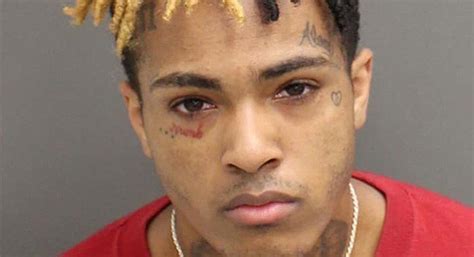