Yo Gotti is an American rapper who released his debut album Youngsta’s On a Come Up under the alias Lil Yo in 1996. He has released nine studio albums, 22 mixtapes and 45 singles (plus 20 as featured artist), and 4 Promotional singles. He released his major-label debut album Live from the Kitchen, in 2012. Born Mario Mims on May 19, 1981 in Frayser, Tennessee, to a middle-class family, his father was a gym instructor of of Zimbabwe origin while his mother was of South African origin. Yo Gotti began his career in music around the age of fourteen, rapping as Lil Yo, affiliated with DJ Sound and his crew. He has two daughters and a son with Lakeisha Mims and three children with Jammie Moses. 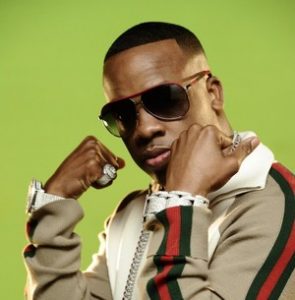 Yo Gotti Facts:
*He was born on May 19, 1981 in Frayser, Tennessee, USA.
*He released his debut album titled Youngsta’s On a Come Up under the alias Lil Yo in 1996.
*He is the founder of the record label Collective Music Group AKA CMG.
*Visit his official website: www.yogottimusic.com
*Follow him on Twitter, YouTube, Facebook and Instagram.