Yoko Minamino is a Japanese actress and singer. She portrayed the role of Saki Asamiya in the second season of the live action Sukeban Deka TV series. As a singer, she made her debut in 1985 with her song Hazukashi Sugite. Born on June 23, 1967 in Itami, Hyogo, Japan, she attended the private Shoin High School in Kobe, and graduated from Horikoshi High School in Nakano, Tokyo. She began her career in show business after she won an audition when she was a second year student in high school. She made her debut television role in 1984 in Meimon Shiritsu Jōshi Kōkō. 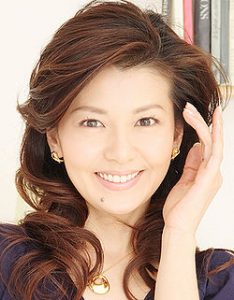 Yoko Minamino Facts:
*She was born on June 23, 1967 in Itami, Hyogo, Japan.
*She went to elementary school with talento Ishida Yatsushi, and high school with Okada Yukiko, Honda Minako, and Morina Miharu.
*She made her debut in 1984, and her first concert was held on August 10, 1986.
*She became the public relations ambassador for her hometown of Itami in 2008.
*Follow her on Facebook.