Yul Kwon is an American television host, lawyer, and management consultant who won the winner of the reality TV show Survivor: Cook Islands in 2006. He appeared again in Survivor: Winners at War, where he placed 14th. He hosted the 2012 four-part TV series America Revealed on PBS as well as LinkAsia on Link TV. Born on February 14, 1975 in Flushing, Queens, New York, to South Korean immigrants, he moved to Concord, California. After graduating from Northgate High School, Kwon attended college at Stanford University, graduating in 1997 with a B.S. degree in Symbolic Systems. He then attended Yale Law School, where he earned a J.D. in 2000 and was an editor on The Yale Law Journal. He has been married to Sophie Tan since 2009. They have two children. 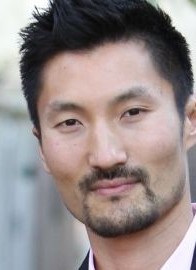 Yul Kwon Facts:
*He was born on February 14, 1975 in Flushing, Queens, New York, USA.
*He attended Northgate High School, in Walnut Creek, where he played varsity water polo and track and field.
*He was assigned to examine the issues the Asian American community encounter for Uncovering America.
*He opened a Red Mango franchise in downtown Palo Alto, California in May 2008.
*He served as a Director of Product Management at Facebook until 2018.
*Visit his official website: www.yulkwon.net
*Follow him on Twitter and Facebook.