Zac Efron is an American actor and singer who first gained fame by playing Troy Bolton in High School Musical franchise. He has also played prominent roles in the films Baywatch, New Year’s Eve, Neighbors, Hairspray, 17 Again, The Lucky One, and Dirty Grandpa. He provided the voice of Ted Wiggins in the animated film The Lorax (2012). Born Zachary David Alexander Efron on October 18, 1987 in San Luis Obispo, California, to Starla Baskett and David Efron, he grew up in Arroyo Grande, CA. He belongs to Polish Jewish, English, German, and Scottish descent. He has a younger brother, Dylan. He was in a relationship with actress Vanessa Hudgens from 2006 to 2010. 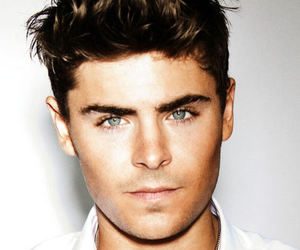 Zac Efron Facts:
*He is of Polish Jewish, English, German, and Scottish descent.
*His father is an Electrical Engineer.
*He is a big fan of the Baseball team, San Francisco Giants.
*He is a fan of comic books – Dragonball Z, Bleach, Naruto and Manga.
*He cites Johnny Depp as his acting idol.
*In 2011, he was named as the #5 Sexiest Man in Glamour’s list of “50 Sexiest Men”.
*He is friends with actors Ashley Tisdale, JR Garcia, Corbin Bleu, Bryce Blue, and Aaron Michael Metchik.
*Visit his official website: www.zacefron.com
*Follow him on Twitter, Facebook, Google+ and Instagram.