Country singer-songwriter whose two solo singles, “Satisfied” and “I Don’t Want To”, reached the U.S. Billboard Hot Country Songs chart at #43 and #37, respectively. Monroe released her debut album, Satisfied, in 2009, followed by her second album, Like a Rose in March 2013. In June 2011, Monroe, Miranda Lambert and Angaleena Presley formed a band called Pistol Annies. She released her third album, The Blade, on July 24, 2015. Her fourth studio album, Sparrow, was released on April 20, 2018. 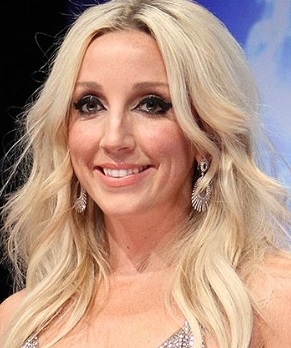 Music groups: Pistol Annies (Since 2011), Ten Out of Tenn

Ashley Monroe Facts:
*She was born on September 10, 1986 in Knoxville, Tennessee, to parents Kellye and Larry Monroe.
*She has one older brother, Chad.
*When she was eleven, she won a talent contest in Pigeon Forge where she sang “I Want to Be a Cowboy’s Sweetheart”, and found steady work at a local theater.
*She is good friends with Miranda Lambert and Blake Shelton.
*She married MLB pitcher John Danks in October 2013. Together they have one son, Dalton William Danks.
*Visit her official website: www.ashleymonroe.com
*Follow her on Twitter, Facebook, YouTube and Instagram.