Ashton Irwin is an Australian singer-songwriter and musician, best known as the drummer of the Australian pop rock band 5 Seconds of Summer alongside Calum Hood (bass guitarist), Luke Hemmings (lead vocalist), and Michael Clifford (guitarist). Their self-titled debut album was released in June 2014, peaking #1 in 11 countries. Irwin’s debut solo album Superbloom was released in October 2020. Born Ashton Fletcher Irwin on July 7, 1994 in Hornsby, Australia, he has a sister named Lauren and a brother named Harry. Irwin was educated at Richmond High School and started his music career in 2011. He was previously in a relationship with model Bryana Holly. 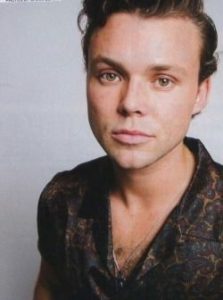 Ashton Irwin Facts:
*He was born on July 7, 1994 in Hornsby, Australia.
*His father, who is an American, left the family when Irwin was just two years old.
*His uncle was a drummer in a death-metal band and his step-father played drums in a punk-rock band.
*He learned to play the drum at the age of 9.
*He joined the band 5 Seconds of Summer in December 2011.
*He has a pet dog named Indie.
*Visit his official website: www.ashtonirwinofficial.com
*Follow him on Twitter, YouTube, Facebook and Instagram.