Calum Hood is an Australian singer-songwriter and musician. He is best known as the bassist of the Australian pop rock band 5 Seconds of Summer alongside Ashton Irwin (drummer), Luke Hemmings (lead vocalist), and Michael Clifford (guitarist). Their self-titled debut album was released in June 2014, peaking #1 in 11 countries. Born Calum Thomas Hood on January 25, 1996 in Mount Druitt, Australia, to parents Joy and David Hood, he has an older sister named Mali-Koa, who is a singer-songwriter. Hood met his future bandmates while studying at Norwest Christian College. 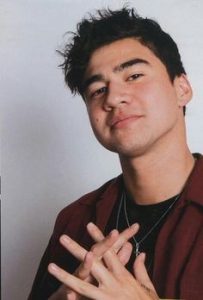 Calum Hood Facts:
*Born on January 25, 1996 in Mount Druitt, Australia, he is of New Zealand (Maori) and Scottish descent.
*He was educated at Norwest Christian College in Riverstone, New South Wales.
*Bass player of the Australian pop rock band 5 Seconds of Summer, known for such hits as “She Looks So Perfect” and “Don’t Stop.”
*He joined the pop rock band 5 Seconds of Summer in 2011.
*He has several tattoos on the body including chest and arms.
*He has a celebrity crush on Katy Perry.
*He is a big fan of Chris Brown.
*He is an avid footballer.
*His net-worth is estimated to be $25 million. (as of 2020)
*Visit his band 5 Seconds of Summer’s official website: www.5sos.com
*Follow him on Twitter, Facebook and Instagram.