Ayla Kell is an American actress. She is best known for her portrayal of Payson Keeler on the ABC Family series Make It or Break It. Kell had a role in the 2015 indie biographical drama film Walt Before Mickey in which she played Bridget. She has appeared as a guest-star in several television series such as CSI: Miami, Just Jordan, Leverage and Without a Trace. 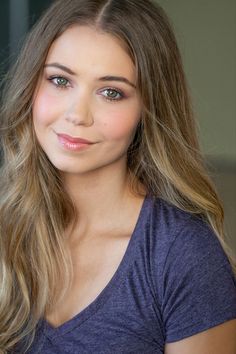 Born Ayla Marie Kell on October 7, 1990 in Los Angeles, California, her mother, Jane, was always an important role model. At a young age, Kell studied ballet and danced with the American Ballet Theater as the character Greta in “The Nutcracker”. She completed 15 years of Royal Academy of Dance ballet training at the Los Angeles Ballet Academy and competed in the finals at the Youth America Grand Prix in New York City. In 2014, she began dating fellow actor Sterling Knight. In 2018, they got engaged.

Ayla Kell Facts:
*She was born on October 7, 1990 in Los Angeles, California, USA.
*She performed with the American Ballet Theatre near her hometown of Los Angeles.
*She was a featured dancer at Valentio’s International Carousel in Tokyo, Japan.
*She has appeared in many international commercials for Disney, Sony, Pringles, and Mattel.
*From 2009 to 2012, she played Payson Keeler in ABC Family’s “Make It or Break It” alongside Chelsea Hobbs, Josie Loren, and Cassie Scerbo.
*She played Bridget in the 2015 film Walt Before Mickey.
*Follow her on Twitter, Facebook and Instagram.