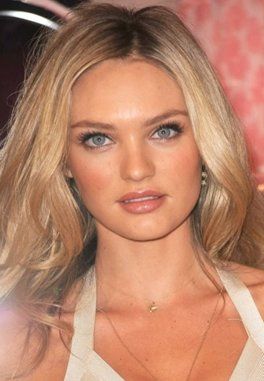 Candice Swanepoel Facts:
*She was born on October 20, 1988 in Mooi River, South Africa, to Willem and Eileen Swanepoel.
*She was discovered by a model scout in a local flea market and asked to sign with an agency when she was 15.
*She is the first South-African model to walk in the Victoria’s Secret Fashion Show.
*She appeared in 9 Victoria’s Secret Fashion shows from 2007 through 2015 before becoming an Angel in 2010.
*She was ranked #10 on Forbes’s list of the Top-Earning Models in the World in 2012.
*She was listed 8th on the 2016 Forbes top-earning models list.
*She speaks English, Afrikaans, and Portuguese fluently.
*Swanepoel is good friends with models Behati Prinsloo and Rosie Huntington-Whiteley.
*She was engaged to model Hermann Nicol. They have two sons named Anaca and Ariel.
*Visit her official website: www.candiceswanepoel.com