Las Vegas show producer and theater owner who produces dozens of large-scale stage productions around the world and in Las Vegas, several of which run nightly at his V Theater and Saxe Theater inside Miracle Mile Shops at Planet Hollywood Resort and Casino. Born on August 29, 1969 in Las Vegas, Nevada, Saxe’s father was a saxophone player and bandleader for “The Rat Pack” and his mother was a dancer in the world-famous Folies Bergère. His two siblings, Melinda and Suzanne, both became stage performers. At the age of 17, he launched his sister’s show, Melinda Saxe – First Lady of Magic, at Bourbon Street Hotel and Casino making him the youngest producer in Las Vegas’ history. His wife, Dr. Alana Saxe, DMD, is an orthodontist and member of The American Association of Orthodontists. They have three children. 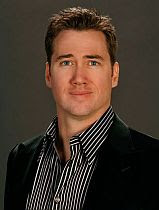 David Saxe Facts:
*He was born on August 29, 1969 in Las Vegas, Nevada, USA.
*He is the younger brother of Melinda Saxe.
*His wife is an orthodontist and member of The American Association of Orthodontists.
*He opened his first theater in San Francisco.
*Visit his official website: www.davidsaxe.com
*Follow him on Instagram.