Dominic Cooper is a British actor, best known for his portrayal of comic book characters Jesse Custer on the AMC show Preacher and young Howard Stark in the Marvel Cinematic Universe, with appearances in Captain America: The First Avenger and the TV series Agent Carter, among other Marvel productions. He is also known for his roles in Mamma Mia! and its sequel Mamma Mia! Here We Go Again. Cooper’s other notable works include The History Boys, An Education, My Week with Marilyn, Abraham Lincoln: Vampire Hunter and Need for Speed. 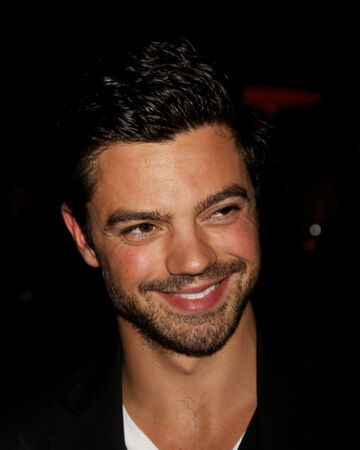 Born Dominic Edward Cooper on June 2, 1978 in Greenwich, United Kingdom, to parents Julie Heron and Brian Cooper, his parents divorced when he was age five. He has two brothers named Simon and Nathan, a half-brother named James, and a half-sister named Emma. Cooper completed his schooling from John Ball Primary School in Lewisham, London and Thomas Tallis School in Kidbrooke, London. He graduated from London Academy of Music and Dramatic Art (LAMDA) in 2000. He has dated actress Amanda Seyfried, actress Ruth Negga and Gemma Chan.

Dominic Cooper Facts:
*He was born on June 2, 1978 in Greenwich, United Kingdom.
*His parents got divorced when he was five years old.
*His maternal great-grandfather was film enthusiast E.T. Heron, who published The Kinematograph Weekly.
*He made his first stage appearance in the play Mother Clap’s Molly House.
*He was banned from the London Academy of Music and Dramatic Arts’ final-year musical for having no sense of rhythm. He performed in the end of year play instead.
*He replaced actor Orlando Bloom in the 2009 film An Education.
*Follow him on Twitter and Instagram.