Don Hany is an Australian award-winning actor. He is best known for starring as Theo Rahme in the series White Collar Blue, Dr. Chris Havel in Offspring and Zane Malik in the SBS series East West 101. He is also notable for starring in the film The Last Confession of Alexander Pearce. In 2005, Hany won Best Actor at Method Fest for his performance as Sgt. Charlie Latif in the 2004 film Winning the Peace. 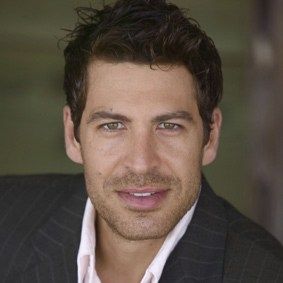 Born on September 18, 1975 in Sydney, Australia, to a Hungarian mother, Csilla and an Iraqi father, Tewfiq, his mother is a doctor of economics and his father is a classically-trained pianist and restaurateur. Hany has a twin brother, Roger Hany, a London-based musician. He attended primary school and high school on the Central Coast of New South Wales. Hany married actress Alin Sumarwata in 2011. They have two daughters.

Don Hany Facts:
*He was born on September 18, 1975 in Sydney, Australia.
*His father is Iraqi and his mother is Hungarian.
*He began his television career in 1998, starring in the soapie Breakers.
*He is an agnostic atheist.
*Visit his official website: www.donhany.com
*Follow him on Twitter, Facebook and Instagram.