Kelly Rohrbach is an American actress and model who played C. J. Parker in the 2017 feature film Baywatch, an action comedy film version of the television series of the same name. In 2019, Rohrbach had a supporting role in Woody Allen’s romantic comedy A Rainy Day in New York. Her television credits include Two and a Half Men, The New Normal, Rizzoli & Isles, Broad City, Rush, and Yellowstone. 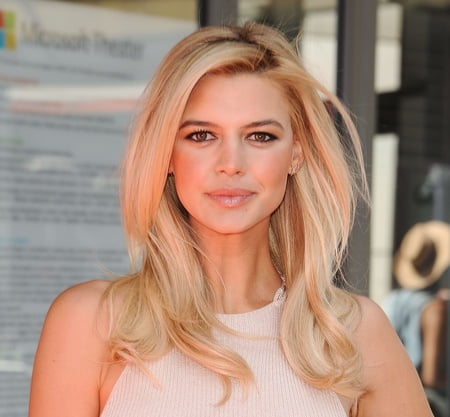 Kelly Rohrbach Facts:
*Born on January 21, 1990 in New York City, New York, she was raised in Greenwich, Connecticut.
*She was a highly ranked junior golfer in the PGA Metropolitan Section (NY, NJ, CT) and played on the Women’s Varsity Golf team at Georgetown University as a freshman.
*She made her film debut in Wilt (2012).
*She started her modeling career at the age of 24.
*She was featured in the Sports Illustrated Swimsuit Issue in 2015.
*She has a celebrity crush on Mark-Paul Gosselaar.
*She dated actor Leonardo DiCaprio from May 2015 to January 2016.
*She is afraid of sharks.
*Follow her on Twitter, Facebook and Instagram.