Lizzy Caplan is an American television and movie actress and model. She is known for her roles in television, such as Related, The Class, Party Down, Masters of Sex, Castle Rock, and Truth Be Told, and in the films Mean Girls, Cloverfield, Hot Tub Time Machine, 127 Hours, Save the Date, Bachelorette, The Interview, Now You See Me 2, Allied, and Extinction. 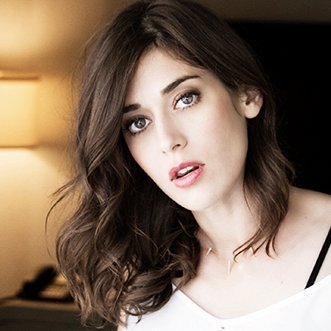 Born Elizabeth Anne Caplan on June 30, 1982 in Los Angeles, California, to parents Barbara and Richard Caplan, she grew up in a Reform Jewish family. Lizzy was educated at Alexander Hamilton High School and was a student at the school’s Academy of Music. She began her acting career in 1999, with a minor role in the critically-acclaimed TV series Freaks and Geeks. Caplan was in a relationship with actor Matthew Perry from 2006-2012. In May 2016, she got engaged to actor Tom Riley; they married in September 2017.

Lizzy Caplan Facts:
*Born on June 30, 1982 in Los Angeles, California, she was raised in a Reform Jewish family.
*She is the youngest of three children, with brother Ben and sister Julie.
*Her mother died, when she was 13 years old.
*Her role model was actress Robin Tunney while growing up.
*She was named one of Variety’s Top 10 Actors to Watch 2006.
*She has a cat named Lisa Turtle.
*She is the godmother of Busy Philipps’s daughter Birdie Silverstein.
*She is the godmother of the daughter of actress Busy Philipps and screenwriter Marc Silverstein.
*Follow her on Instagram.