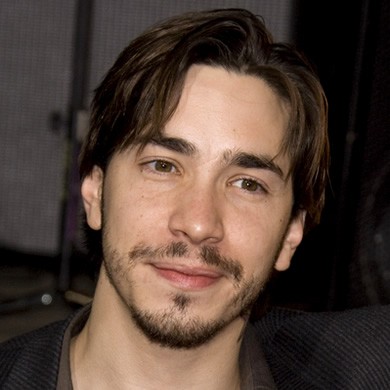 Born Justin Jacob Long on June 2, 1978 in Fairfield, Connecticut, his father, R. James Long (Raymond James Long), is a Professor of Philosophy at Fairfield University, and his mother, Wendy Lesniak, is a former Broadway actress. He has an older brother, Damien Long, and a younger brother, Christian Long, both of whom are actors. Justin was educated at Fairfield Prep (Fairfield College Preparatory School) in Fairfield, Connecticut and Vassar College in Poughkeepsie, New York. In 2016, Long began dating musician Lauren Mayberry. He was previously in a relationship with actresses Drew Barrymore (2007-2010) and Amanda Seyfried (2013-2015).

Justin Long Facts:
*Born on June 2, 1978 in Fairfield, Connecticut, he is of German, Sicilian, and Polish descent.
*He is the son of Wendy Lesniak, an actress, and R. James Long, a professor of philosophy.
*He worked as an acting instructor at Sacred Heart University.
*He had an on-and-off relationship with actress Drew Barrymore between 2007 and 2010.
*He was ranked #25 on Entertainment Weekly’s ’30 Under 30′ the actors list in 2008.
*He appeared with John Hodgman in TV commercials for Apple’s “Get a Mac”.
*He has a dog named Moose.
*Follow him on Twitter and Instagram.