Natina Reed was an American singer-songwriter, rapper and actress who was part of R&B girl group Blaque with Shamari Fears and Brandi Williams. Blaque released two albums: their 1999 eponymous debut album that peaked at #53 on the Billboard 200, and Blaque Out (2001). Reed starred as a cheerleader named Jenelope in the 2000 teen comedy film Bring It On. Born Natina Tiawana Reed on October 28, 1980 in New York, New York, to parents Tamara Goodridge and Paul Reed, she had two sisters named Niesha and Genni, and one brother named Michael. She was educated at Cedar Grove High School in Ellenwood, Georgia. She was in a relationship with rapper Kurupt from 2001 to 2003. They were engaged for a short time and gave birth to their son. She died on October 26, 2012 in Duluth, Georgia, at age 31. 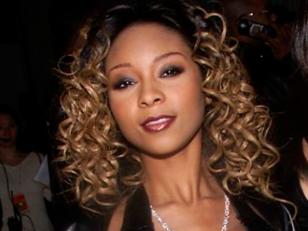 Natina Reed Facts:
*She was born on October 28, 1980 in New York, New York, USA.
*She was raised in Atlanta, Georgia, where she pursued a career in music beginning in her teens.
*She was discovered by rapper Lisa Lopes.
*Member of the singing trio Blaque with Brandi Williams and Shamari Fears.
*She died two days before her 32nd birthday.
*Visit her official website: www.therealnatina.com