Nick Zano is an American actor. He is best known for his role as Vince in The WB sitcom What I Like About You. He had a recurring roles in Cougar Town, Melrose Place, 2 Broke Girls, 90210, and Happy Endings. He also starred as a lead on the NBC sitcom One Big Happy and as Arthur in the TV series Minority Report. In 2016, Zano began starring as Dr. Nathaniel “Nate” Heywood / Steel on The CW series Legends of Tomorrow. 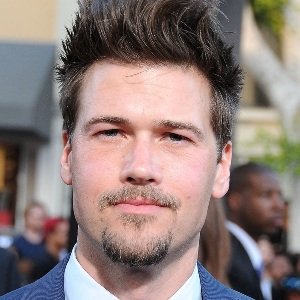 Born Nicholas Zano on March 8, 1978 in Nutley, New Jersey, he was raised by his great grandmother, grandmother, mother and two aunts. Zano attended Wellington High School in West Palm Beach, Florida, where he was active in the drama and television departments. He hosted MTV’s former infotainment program about the film industry, Movie House, and briefly worked as an MTV News correspondent before he began an acting career. He was in a relationship with actress Haylie Duff from 2008 to 2011. He has two children with his long-term girlfriend Leah Renee.

Nick Zano Facts:
*He was born on March 8, 1978 in Nutley, New Jersey, USA.
*He is of Italian/Sicilian and Irish descent.
*He decided to go into acting after watching the film Goodfellas at the age of 12.
*He played Vince in The WB’s sitcom What I Like About You.
*He has a dog named Rocco.
*Follow him on Twitter, Facebook and Instagram.