Pawan Kalyan is an Indian actor who is best known for his work in Telugu cinema. He is best known for his roles in the films Akkada Ammayi Ikkada Abbayi, Tholi Prema, Gokulamlo Seeta, Suswagatham, Tholi Prema, Thammudu, Badri, Kushi, Jalsa, Gabbar Singh, Gopala Gopala and Attarintiki Daredi. Kalyan won the National Film Award for Best Feature Film in Telugu for his work in Tholi Prema (1998). He made his directorial debut in Johnny (2003). 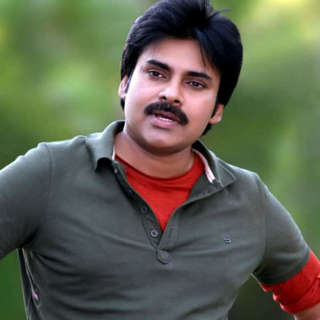 Born Konidela Kalyan Babu on September 2, 1971 in Bapatla, Andhra Pradesh, India, to parents Anjana Devi and Konidela Venkat Rao, he is the younger brother of actor Chiranjeevi and actor/producer Nagendra Babu. He has been married three times and has four children.

Pawan Kalyan Facts:
*He was born on September 2, 1971 in Bapatla, Andhra Pradesh, India.
*His real name is Konidela Kalyan Babu
*He is the youngest brother of the popular actor Chiranjeevi.
*He made his film debut in the 1996 Telugu film Akkada Ammayi Ikkada Abbayi.
*He was listed #26 in 2013, #69 in 2017 and #24 in 2018 respectively in the Forbes India list of top 100 Celebrities.
*He produces films under the banners Anjana Productions and Pawan Kalyan Creative Works.
*He entered into politics, founding the Jana Sena Party in 2014.
*He was invited to Harvard University to deliver a speech in 14th edition of India Conference 2017 along with Madhavan.
*He holds black belt in karate and specialized in various martial arts which he depicts in his films regularly.
*He has a farmhouse in the outskirts of Hyderabad where he grows fruits and vegetables.
*He is a Vegetarian.
*Follow him on Twitter and Facebook.