Rachael Ray is an Emmy Award-winning television personality, businesswoman, celebrity cook and author, mainly known for hosting the syndicated daily talk and lifestyle program Rachael Ray, and the Food Network series 30 Minute Meals. Other programs to her credit include $40 a Day, Rachael Ray’s Tasty Travels, Rachael Ray’s Week In A Day and the reality format shows Rachael vs. Guy: Celebrity Cook-Off, and Rachael Ray’s Kids Cook-Off. She has written several cookbooks based on the 30 Minute Meals concept, and has a magazine called Every Day with Rachael Ray. She received Daytime Emmy Awards for her shows 30 Minute Meals and Rachael Ray. Born Rachael Domenica Ray on August 25, 1968 in Glens Falls, New York, to parents Elsa and James Claude Ray, she was raised in Lake George, New York. Ray is of French, Scottish, and Welsh descent on her father’s side, and of Sicilian descent on her mother’s side. She attended Lake George (N.Y.) Junior-Senior High School. She married John M. Cusimano in 2005. 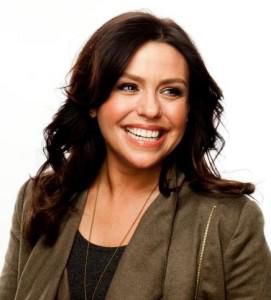 Rachael Ray Facts:
*She was born on August 25, 1968 in Glens Falls, New York, USA.
*She used to work at the candy counter in New York City’s Macy’s, and later managed a pub at a hotel called The Sagamore.
*She is friends with Oprah Winfrey.
*She launched a magazine Every Day with Rachael Ray, in 2006.
*She is a fan of the Boston Red Sox, the New York Giants, crime novels.
*Visit her official website: www.rachaelray.com
*Follow her on Twitter, YouTube, Facebook and Instagram.