Rooney Mara is an American actress known for her roles as Nancy Holbrook in A Nightmare on Elm Street, Fernanda in Tanner Hall, Ruth Guthrie in Ain’t Them Bodies Saints, Lisbeth Salander in The Girl with the Dragon Tattoo, Catherine in Her, and Emily Taylor in Side Effects. Apart from being an actress she is philanthropist. She is the founder of the non-profit organization Faces of Kibera, which provides critical care and assistance to poverty-stricken orphans in Kibera, Kenya. Mara was born Patricia Rooney Mara on April 17, 1985 in Bedford, New York to Kathleen McNulty Rooney and Timothy Christopher Mara. Her father has Irish, German, and French-Canadian ancestry, and her mother is of Italian and Irish descent. She began dating Joaquin Phoenix in late 2016 and they are currently expecting their first child together. 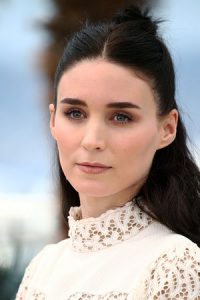 Relationships / Affairs / Boyfriend:
She was in a long-term relationship with Charlie McDowell from 2010 to 2016.
In 2017, she dated Joaquin Phoenix on the set of Mary Magdalene.

Rooney Mara Facts:
*She is the founder of the non-profit organization Faces of Kibera.
*Her uncle, John Mara, is CEO of the New York Giants since 2005.
*She made her film debut in the slasher film Urban Legends: Bloody Mary in 2005.
*She was placed 3rd on Ask men’s top 99 “most desirable” women of 2012.
*She is the ambassador for Uweza Foundation, which supports empowerment programs for children and families in Africa.
*Her favorite actors are Daniel Day-Lewis, Marion Cotillard and Cate Blanchett.