Shannon Leto is an American musician. He is best known as the co-founder and drummer of rock band Thirty Seconds to Mars. Shannon co-founded the group in 1998 in Los Angeles, California, with his younger brother Jared. Their debut album, 30 Seconds to Mars, was released to positive reviews but only to limited success. In 1994, Shannon found a minor role on the television series My So-Called Life, in which his brother starred. He also appeared in the films Prefontaine, Sol Goode, and Highway. 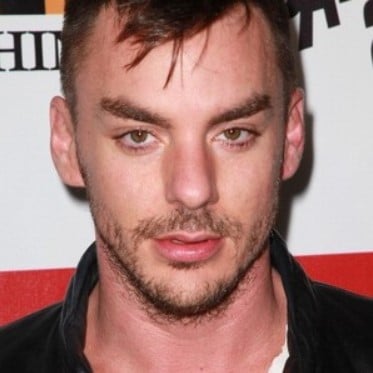 Born Shannon Christopher Bryant on March 9, 1970 in Bossier City, Louisiana, to parents Constance “Connie” (Metrejon) and Anthony L. “Tony” Bryant, “Leto” is the surname of his stepfather. His parents divorced when he was a child, and he and his younger brother, Jared Leto, lived with their mother and their maternal grandparents, Ruby (Russell) and William Lee Metrejon. His father remarried, and committed suicide when Jared was ten. Shannon began dating actress Cara Santana in 2020.

Shannon Leto Education:
He had dropped out of high school.

Music Groups: Thirty Seconds to Mars (Since 1998), The Wondergirls

Shannon Leto Facts:
*He was born on March 9, 1970 in Bossier City, Louisiana, USA.
*He is the older brother of Jared Leto.
*He received his first drum kit at age 8.
*He worked in the construction industry in Los Angeles before becoming a full-time musician.
*He formed 30 Seconds to Mars in 1998.
*His favorite drummers include Lars Ulrich, Nick Mason, Stewart Copeland, Keith Moon, and John Bonham.
*His favorite bands include Led Zeppelin, Nine Inch Nails, Pink Floyd, The Who, The Police, KISS, Metallica, Iron Maiden, and The Cure.
*He plays the guitar and piano.
*He is also a photographer.
*He was arrested for a DUI and driving without a license in Los Angeles in June 2014.
*In 2014, he launched Black Fuel Trading Company, a lifestyle brand primarily focusing on responsibly sourced, direct-trade coffee.
*Visit his band’s official website: www.thirtysecondstomars.com
*Follow him on Twitter, Facebook and Instagram.