Teresa Palmer is an Australian actress, model, producer, and writer. She is known for her performances in such films as Bedtime Stories, 2:37, The Sorcerer’s Apprentice, I Am Number Four, Take Me Home Tonight, The Choice, Warm Bodies, Lights Out, Hacksaw Ridge, Ride Like a Girl, and Berlin Syndrome. She also starred in, co-wrote, and co-produced the 2014 drama film The Ever After, with her husband Mark Webber. In 2018, Palmer began starring in the supernatural drama series A Discovery of Witches. 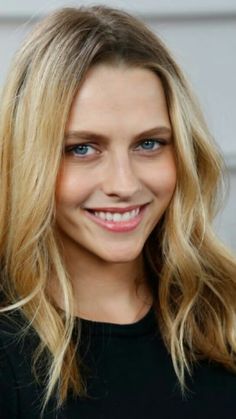 Born Teresa Mary Palmer on February 26, 1986 in Adelaide, South Australia, Australia, to parents Kevin Palmer, an investor, and Paula Sanders, a former missionary and nurse, her parents divorced when she was three years old. In December 2013, she married actor/director Mark Webber. They have sons named Forest Sage and Bodhi Rain and a daughter named Poet Lake.

Teresa Palmer Facts:
*She was born on February 26, 1986 in Adelaide, South Australia, Australia.
*Her first acting job was dressing up as Strawberry Shortcake and Santa’s Little Helper on weekends for promotions in shopping centers near Adelaide.
*She was discovered on the street and cast in 2:37 without an audition and without ever having acted before.
*She and friend Phoebe Tonkin launched the health and wellness website Your Zen Life in 2012.
*She co-founded a sister site to Your Zen Life called Your Zen Mama, with her friend, actress Sarah Wright.
*She is a longtime fan of the Port Adelaide Football Club.
*A Little Princess (1995) is her favorite movie.
*She dated Port Adelaide Footballer Stuart Dew but broke up with him in 2007.
*She dated Russell Brand in 2008.
*Follow her on Twitter, Facebook and Instagram.