Tilda Swinton is a British actress who won the Academy Award for Best Supporting Actress for her performance in the 2007 film Michael Clayton. She also won the BAFTA Scotland Award for Best Actress for the 2003 film Young Adam, and has received three Golden Globe Award nominations. Swinton also received a Golden Globe nomination for Best Actress for her work in the 2001 thriller The Deep End. Her other well-known films include Caravaggio, Edward II, The Last of England, Vanilla Sky, Adaptation, Constantine, Michael Clayton, Julia, I Am Love, We Need to Talk About Kevin, Orlando, War Requiem, and The Garden. Swinton is also notable for her performance as the White Witch in The Chronicles of Narnia series and the Ancient One in the Marvel Cinematic Universe franchise. Born Katherine Matilda Swinton on November 5, 1960 in London, England, to parents Judith and Major-General Sir John Swinton, she has three brothers. She attended West Heath Girls’ School, and graduated in 1983 from Cambridge University with a degree in Social and Political Science. She has two children, twins Honor and Xavier Swinton Byrne, with her former partner John Byrne, a Scottish artist and playwright. 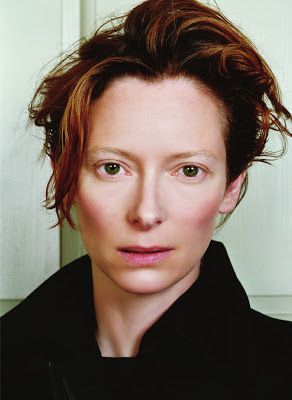 Tilda Swinton Facts:
*She was born on November 5, 1960 in London, England, UK.
*Her ancestry includes Scottish, Northern Irish, and English.
*She joined the Communist Party while studying at Cambridge University.
*Best known for both arthouse and mainstream movies
*She made her film debut in Derek Jarman’s Caravaggio (1986).
*Often works with Derek Jarman, Luca Guadagnino and Wes Anderson.
*She is good friends with Amy Schumer.