Tobey Maguire is an American actor, best known for his portrayal of Spider-Man / Peter Parker in the Spider-Man film series: Spider-Man, Spider-Man 2, and Spider-Man 3. His other notable film roles include Pleasantville, Ride with the Devil, The Cider House Rules, Wonder Boys, Seabiscuit, The Good German, Brothers, and The Great Gatsby. He has also done voice overs in Cats & Dogs and The Boss Baby. 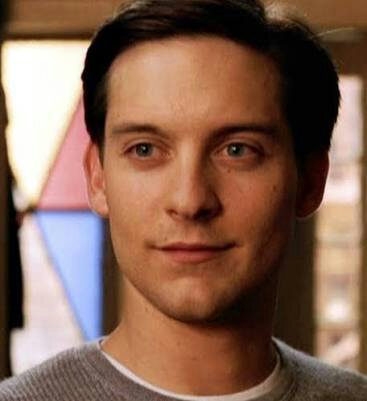 Born Tobias Vincent Maguire on June 27, 1975 in Santa Monica, California, to parents Wendy and Vincent Maguire, his parents separated when he was two years old, and Maguire spent much of his childhood living with various family members. From 1997 to 2000, he dated actress Rashida Jones. In September 2007, Maguire married jewelry designer Jennifer Meyer in Hawaii. He has a son named Otis and a daughter named Ruby. After nine years of marriage, the couple separated in October 2016 and Meyer filed for divorce in October 2020.

Tobey Maguire Facts:
*He was born on June 27, 1975 in Santa Monica, California, USA.
*His ancestry includes Austrian, Irish, English, Puerto Rican, French, German, and Danish.
*He made his film debut in This Boy’s Life (1993).
*He has been a vegan/vegetarian since 1992 and was voted the world’s sexiest vegetarian by PETA, 2002.
*He enjoys yoga, cooking and playing chess.
*He was once engaged to Rashida Jones (2002).
*He is close friends with Leonardo DiCaprio, Kevin Connolly and Sara Gilbert.
*Follow him on Twitter and Instagram.