South African comedian and television and radio host who has been the host of The Daily Show on the American network Comedy Central since September 2015. From 2010 to 2011, Noah hosted the late-night talk show Tonight with Trevor Noah, which he created and aired on M-Net and DStv. Noah is the recipient of various accolades including; an MTV Africa Music Award and a Primetime Emmy Award from nine nominations. Noah starred in a one-man show called That’s Racist and has appeared on American late night talk shows like The Tonight Show with Jay Leno and Late Show with David Letterman. 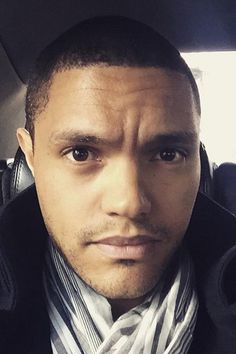 Trevor Noah Facts:
*He was born on February 20, 1984 in Johannesburg, South Africa.
*His father is white (of Swiss origin) while his mother is black (of the Xhosa people).
*He attended Roman Catholic Church every Sunday during his childhood.
*He began his career as a comedian, television host, and actor in South Africa in 2002.
*He was the runner-up in the fourth season of South Africa’s iteration of Strictly Come Dancing in 2008.
*He was named as the successor to Jon Stewart on Comedy Central’s The Daily Show in 2015.
*His autobiographical comedy book Born a Crime was published in 2016 and acclaimed by critics.
*He was named one of “The 35 Most Powerful People in New York Media” by The Hollywood Reporter in 2017 and 2018.
*Time magazine named him one of the hundred most influential people in the world in 2018.
*He hosted the 63rd Annual Grammy Awards on March 14, 2021.
*He is a huge fan of roller coasters.
*He is good friends with Seth Meyers and John Oliver.
*He is also good friends with John Legend and his wife Chrissy Teigen.
*He is a polyglot; he speaks English, Tswana, Tsonga, Xhosa, Zulu, Sotho, Afrikaans and some German.
*He began a relationship with Minka Kelly in 2020.
*Visit his official website: www.trevornoah.com