Troian Bellisario is an American actress. She is best known for her role as Spencer Hastings in the Freeform mystery drama Pretty Little Liars from 2010 to 2017. She played Amanda in the 2010 film Consent, for which she won the Vision Fest Award for Best Acting by a Female Lead and the FirstGlance Philadelphia Award for Best Actress. She has won two Teen Choice Awards out of six nominations and a Young Hollywood Award. 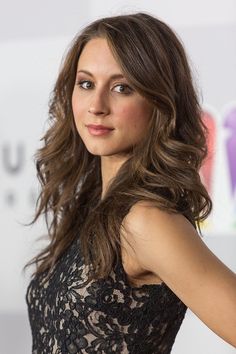 Born Troian Avery Bellisario on October 28, 1985 in Los Angeles, California, to parents producers Donald P. Bellisario and Deborah Pratt, her father served in the United States Marine Corps and was in the same platoon as Lee Harvey Oswald. Bellisario attended Campbell Hall School in Studio City, California from kindergarten through 12th grade and graduated in 2009 with a Bachelor of Fine Arts degree from the University of Southern California. She has a daughter, Aurora Adams, with her husband Patrick J. Adams.

Troian Bellisario Facts:
*Born on October 28, 1985 in Los Angeles, California, she has African-American, English, French, Italian, and Serbian ancestry.
*She made her film debut at the age of three in Last Rites (1988).
*As a young girl, her neighbors included, Ashley Olsen, Mary-Kate Olsen, and director Lesli Linka Glatter.
*She is very good friends with his Pretty Little Liars (2010) co-star, Keegan Allen.
*She is a big fan of The Hunger Games.
*She is enjoys singing.
*She is best friends with Shane Coffey.
*Follow her on Twitter, Facebook and Instagram.