Vicki Peterson is an American rock musician, singer, and songwriter, best known for being the lead guitarist for the 80s rock band The Bangles. She is the older sister of fellow Bangles member Debbi Peterson. Vicki founded the Bangles (originally called the Bangs) in 1981 with Susanna Hoffs, Debbi, and original bassist Annette Zilinskas. They released their first full length album All Over the Place on Columbia Records in 1984. In addition to The Bangles, Vicki has sung harmony vocals on recordings for such artists as John Doe, Belinda Carlisle, and the Hoodoo Gurus. 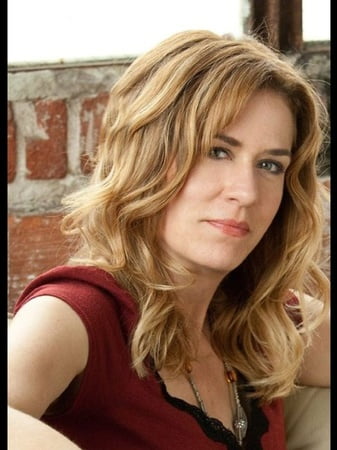 Born Victoria Ann Theresa Peterson on January 11, 1958 in Los Angeles, California, to parents Norma Jeanne and Milton Charles Peterson, she is the older sister of fellow Bangles member Debbi Peterson. Vicki attended the University of California as an English major. She has been married to Jon Cowsill since October 25, 2003.

Vicki Peterson Facts:
*She was born on January 11, 1958 in Los Angeles, California, USA.
*She is the sister-in-law of Susan Cowsill and Steve Botting.
*In 1981, she co-founded the hugely popular and successful all-female rock band, The Bangles, along with Susanna Hoffs, Debbi Peterson, and original bassist Annette Zilinskas.
*Visit her band’s official website: www.thebangles.com
*Follow her on Twitter.