YBN Almighty Jay is an American rapper who was a member of the YBN collective before their disbandment in August 2020. His notable hit songs include “Chopsticks”, “Bread Winners”, and “No Hook”. 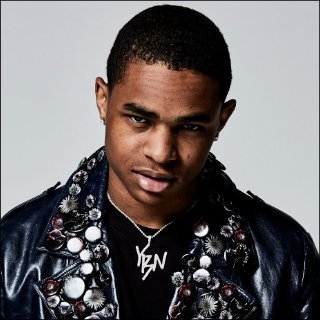 Born on August 6, 1999 in Galveston, Texas, his real name is Jay Gerard Bradley. Bradley first achieved fame in 2017 after the release of his single “Chopsticks” on YouTube. He has also released music on his King Almighty Jay YouTube channel. He started dating model Blac Chyna in February 2018, but they split in June. He dated rapper Dream Doll in 2019. He has a son named Sir Lucious Scott.

YBN Almighty Jay Education:
Graduated from college with a diploma.

YBN Almighty Jay Facts:
*He was born on August 6, 1999 in Galveston, Texas, USA.
*He first began sharing rap videos to his YouTube channel in September 2017.
*He rose to fame after he released the singles “Chopsticks” and “No Hook”.
*He has tattoo behind his ear that reads “Legend”.
*Visit his official website: www.almightyjay.com
*Follow him on Twitter, SoundCloud, YouTube and Instagram.