Gwyneth Paltrow is an American actress who became known for her roles in such films as Seven, Emma, Sliding Doors, and A Perfect Murder. She rose to prominence with her performance of Viola de Lesseps in the historical romance film Shakespeare in Love, for which she won several awards, including the Academy Award for Best Actress. She also starred in The Talented Mr. Ripley, The Royal Tenenbaums, Shallow Hal, and Sky Captain and the World of Tomorrow. From 2008 to 2019, Paltrow played Pepper Potts in the Marvel Cinematic Universe. 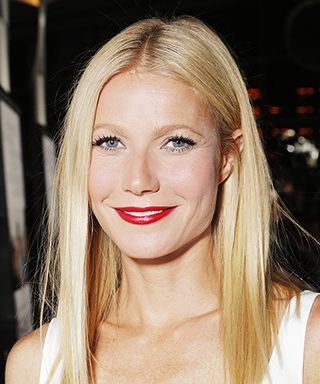 Born Gwyneth Kate Paltrow on September 27, 1972 in Los Angeles, California, to actress Blythe Danner and film producer-director Bruce Paltrow, she has a younger brother, Jake, who is a director and screenwriter. Paltrow did her schooling from Crossroads School and Spence School, a private girls’ school in New York City, and briefly studied anthropology at the University of California, Santa Barbara, before dropping out to act. She has been married twice, from 2003 to 2016 to the Coldplay singer Chris Martin, with whom she has two children, and since 2018 to TV writer Brad Falchuk.

Gwyneth Paltrow Facts:
*She was born on September 27, 1972 in Los Angeles, California, USA.
*She is the daughter of film producer-director Bruce Paltrow and actress Blythe Danner.
*She traveled to Spain at age 15 to learn Spanish.
*She made her acting debut was in High (1989).
*She became the face of Estée Lauder’s Pleasures perfume in 1995.
*People Magazine named her one of the top 50 Most Beautiful People in the World in 1998.
*Her accolades include an Academy Award, a Golden Globe Award, and a Primetime Emmy Award.
*She is good friends with Helena Christensen, and longtime close friends with actress Mary Wigmore.
*She practices yoga and sticks to a macrobiotic diet.
*She is best friends with Madonna.
*She is friends with Cameron Diaz, Liv Tyler, Stella McCartney, Reese Witherspoon, Tracy Anderson, and Kate Hudson.
*Follow her on Twitter, Facebook and Instagram.