Hillary Scott is an American singer and songwriter, best known as the lead vocalist of Lady A, previously known as Lady Antebellum, a country music group that was formed in 2006, and is signed to Capitol Nashville. Her band released three consecutive #1 albums: Lady Antebellum, Need You Now, and Own The Night. In collaboration with her family, Hillary released the gospel album Love Remains in 2016 as a solo artist. The album reached #7 on the Billboard 200. She co-wrote successful songs for artists such as Blake Shelton and Sara Evans. 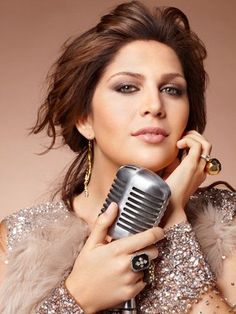 Born Hillary Dawn Scott on April 1, 1986 in Nashville, Tennessee, to country music artist Linda Davis and Lang Scott, a musician and entrepreneur, she has a younger sister named Rylee. Scott was homeschooled on the road for kindergarten. She attended elementary school and high school at Donelson Christian Academy where she graduated in 2004. She married drummer Chris Tyrrell on January 7, 2012. They have three daughters; Eisele Kaye Tyrrell and twins – Betsy Mack Tyrrell and Emory JoAnn Tyrrell.

Hillary Scott Facts:
*She was born on April 1, 1986 in Nashville, Tennessee, USA.
*She is the daughter of country music star Linda Davis and Lang Scott.
*She twice auditioned for American Idol before meeting her future Lady Antebellum bandmates in 2006.
*She is the youngest member of Lady Antebellum (later changed to Lady A).
*Visit her official website: www.hillaryscott.com
*Follow her on Twitter.